The cavern tour is a guided one-hour tour by motorboat on an underground stream. Along the limestone corridors, stalagmites, stalactites, flowstone cascades and draperies decorate the interior rooms, while underwater, trout swim and jump for feed! 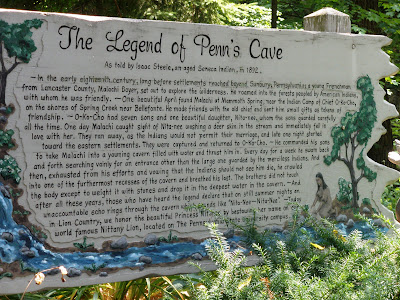 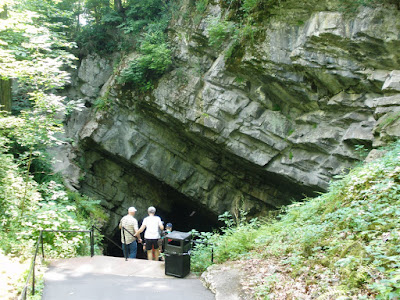 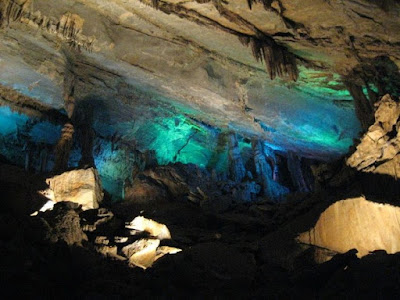 The farm and wildlife tour is a guided 90-minute motorized tour over 1,500 acres of Penn's Cave forests and fields which have been carefully preserved as a natural habitat for birds, plants, and animals. North American animals, such as bears, wolves, elk, deer, bobcats, bison, longhorn cattle, mustangs as well as the Penn's Cave Icon, the cougar, are seen, along with the African adventure museum. 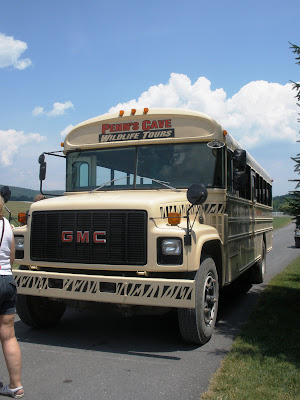 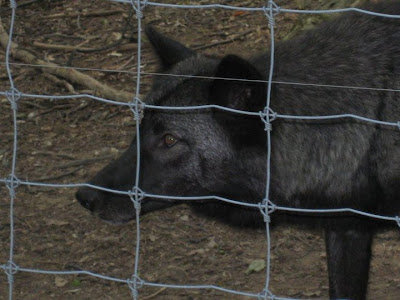 Diego - one of my favorite animals we saw 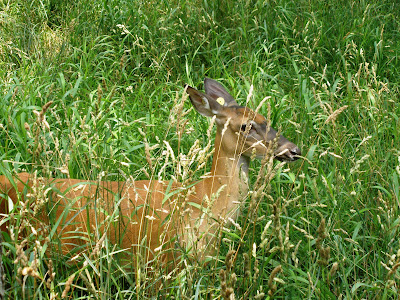 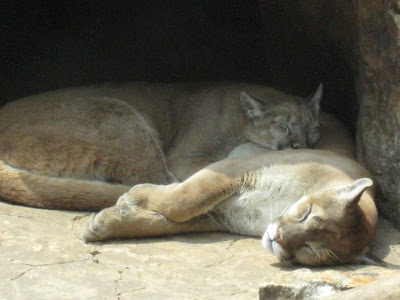 When visiting the State College area last month I had a chance to visit Penn's Cave and Wildlife Park and sit down with Terri, the Marketing Director, to talk about the Tours. I found out that "stay-cations" have been bringing a large amount of business to Penn's Cave because it is an all-day event for families, which is a fantastic idea. You can take one tour in the morning, pack a picnic and have lunch on the grounds or grab a bison burger at their cafe, and then take the second tour in the afternoon. I know that adults and children alike will enjoy these tours; I certainly did! After speaking with Terri I learned that they are looking to expand their animal exhibit to include Grizzly bears and possibly lynxes. The tours are not only enjoyable and very entertaining, but they are also very informative and educational. I learned a lot from speaking with Terri, and also from our friendly tour guides.


For more information, or to plan your visit, check out their website: http://www.pennscave.com/


Disclaimer: Tour passes were provided for this review