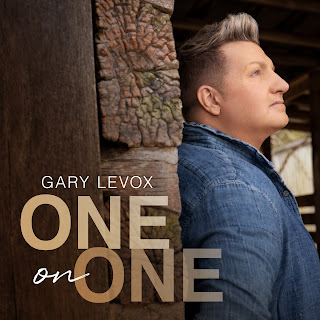 Gary LeVox, former lead singer of Rascal Flatts, is releasing his first solo EP, ONE ON ONE!
Gary LeVox's ONE ON ONE released Friday, May 21st and fuses two of his biggest passions - music and faith!
When asked about the role God has played in his musical journey, LeVox said, “I feel like God graced us with a platform where we can not only touch people’s lives through music, but by being men of God offstage too,” explained LeVox. “At those times when we are with fans that are going through something like cancer, it is so wonderful to not only sing for them but to hold their hand and pray with them. I want them to know that they have a friend in me. I’m not just some guy on the stage. I feel like Christ has put me in this position because He knew I could handle the obligation, which often means taking the time to lift someone up in prayer.”
I always loved Rascal Flatts. I even saw them in concert once and it was amazing. I didn't realize that they were also men of God at the time. I think it's amazing that Gary could transition from country to Christian and express his faith in song. Not only do I love the sound of his voice, but I've been listening to the words of the songs and they are very reassuring and calming. Some are about doubts, some about love and kindness. We need more of that, especially right now! I think this will be a big hit!

The music is OUT now, so listen today!

HOW TO ENTER:  a Rafflecopter giveaway

Many thanks to Capitol Christian Music Group for providing this product/product information for review.  Opinions are 100% my own and NOT influenced by monetary compensation.  I did receive a sample of the product in exchange for this review and post.
#GaryLeVoxMIN #MomentumInfluencerNetwork

Email ThisBlogThis!Share to TwitterShare to FacebookShare to Pinterest
Labels: Christian/Religion-related, Movies/Music, My giveaways