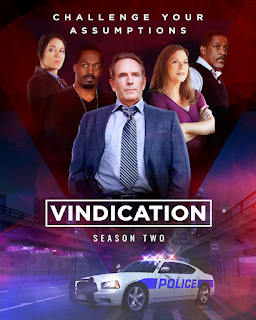 Vindication is a unique crime drama series that alters the perception of faith-based entertainment. Detective Travis (Todd Terry, Breaking Bad) has spent 15 years solving cases in the small town of East Bank, Texas. When the addition of an eager trainee upends his routine, Travis is forced to adjust his ways while balancing a growing number of suspiciously consistent cases. At home, tensions between the cynical detective and his devoutly religious wife escalate when their estranged daughter returns home.
I just finished watching season 2, episode 6 called the Facade. The questionable behavior of an eccentric photographer in East Bank reunites Sgt. Travis and Kris for an investigation. Check it out now on Pureflix! 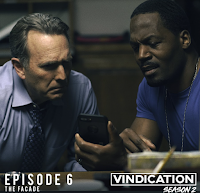 GIVEAWAY: Win 6 months subscription to PureFlix to check out this show (and others) for yourself!

HOW TO ENTER: a Rafflecopter giveaway