Come From Away in Philadelphia 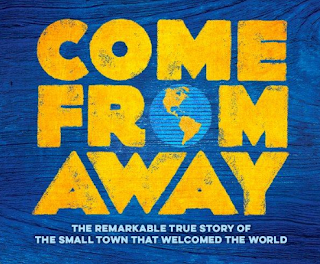 Tickets to Tony Award winner, Come From Away, a Broadway musical about the true story of a small town that welcomed the world, are on sale now!
The show debuts in Philadelphia October 22 – November 3 as part of the Kimmel Center’s Broadway Philadelphia 2019-20 season.

A portion of Come From Away ticket proceeds will be donated to local area animal shelders through "Pilots To The Rescue", an organization that employs volunteers including airplane pilots, shelters, ground teams, and veterinarians to sae potential pets facing euthanasia and give them a second chance through an advanced flight rescue system.

I had the opportunity to see this show, and it was amazing!!! I was not previously familiar with this story or show, but I have been going to Broadway shows since I was a little girl with my grandparents. They've always had a special place in my heart. This one has quickly become a favorite! The set was very simple, but with costume changes and accent switches the small cast was able to take on multiple rolls seamlessly. I was swept into the story right from the beginning. I'll admit, I was a high school senior when 9/11 happened, so I wasn't thinking of all the in's and out's of what that meant for the people on the diverted planes until now. There were babies on the planes, children with special needs, people who spoke all different languages, and even animals. So many needs had to be cared for and planned for with little to no notice. The story and show are just unbelievable. If you were on the fence about seeing this show, I highly recommend it! 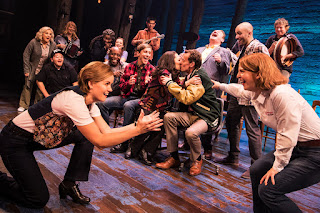